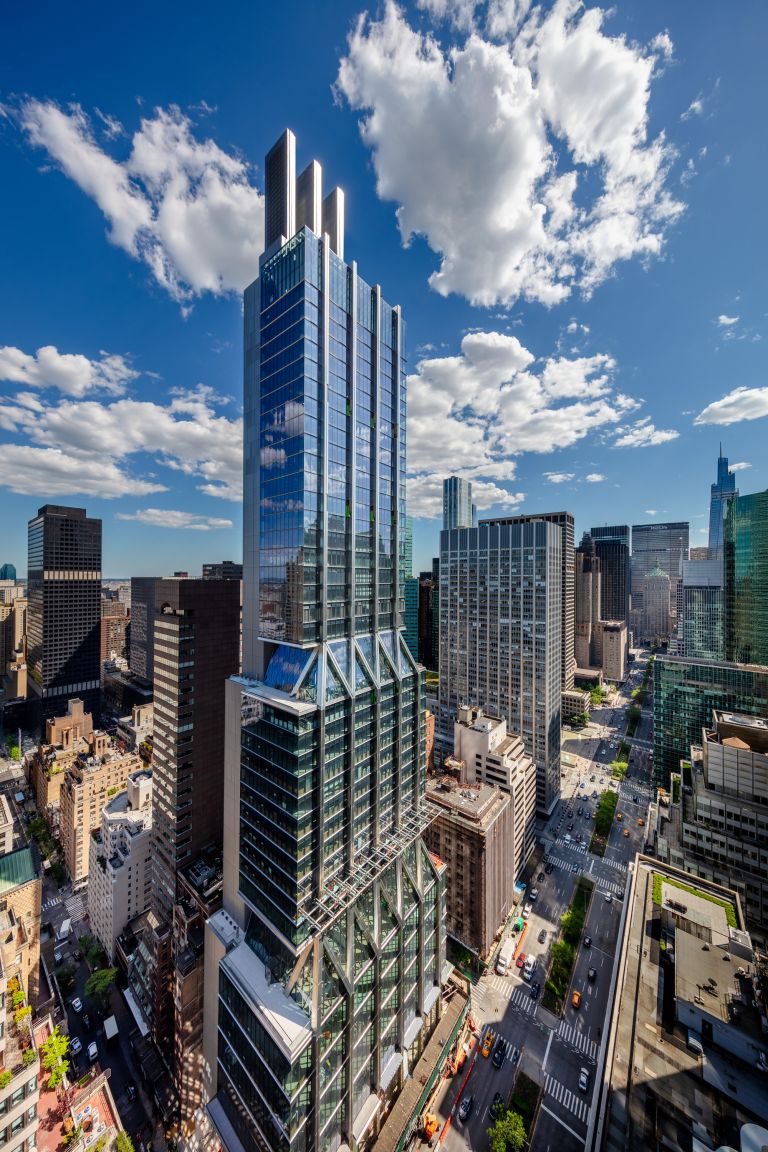 Jean-Georges Restaurants signed a “long-term partnership agreement” for a 14,000 square feet space at the northeast corner of Park Avenue and East 56th Street, as The New York Post reported for the first time. The new, unnamed restaurant will have 25-foot ceiling heights, a main mezzanine dining level with a 1,000-square-foot “open kitchen,” a cocktail lounge, and a 24-foot-long painting by the artist larry poons. Other features of the space include a private dining room with a dedicated kitchen at street level, an on-site bakery, and an extensive cocktail and wine program.

A spokesperson for L&L did not comment on the terms of the deal or the brokers involved.

Jean-Georges will also operate the building’s food and beverage offerings, including a kitchen, dining room, coffee bar and private catering service for the full-floor amenity center at 425 Park. The celebrity chef’s other 13 restaurants in New York include a michelin-starred restaurant in One Central Park West, ABC Kitchen, The Fulton at Pier 17 and one newly opened three-level food hall at The tin buildingwhich was once the site of the Fulton Fish Market.

The restaurant at the foot of 425 Park was originally to be run by Eleven Madison Park chief Daniel Hmmbut the deal fell through on planned restaurant’s all-vegan menuthe Job reported.

“I know Jean-Georges as a friend and have been amazed by his cuisine for more than 20 years,” said the chairman and CEO of L&L Holding. David Levinson. “I had always hoped to one day be able to partner with him at a New York restaurant and I am thrilled to have this opportunity. We are confident that he and his incredible team will help us realize our ambitious vision for 425 Park by as Manhattan’s next iconic dining destination.

Rebecca Baird-Remba can be reached at [email protected].