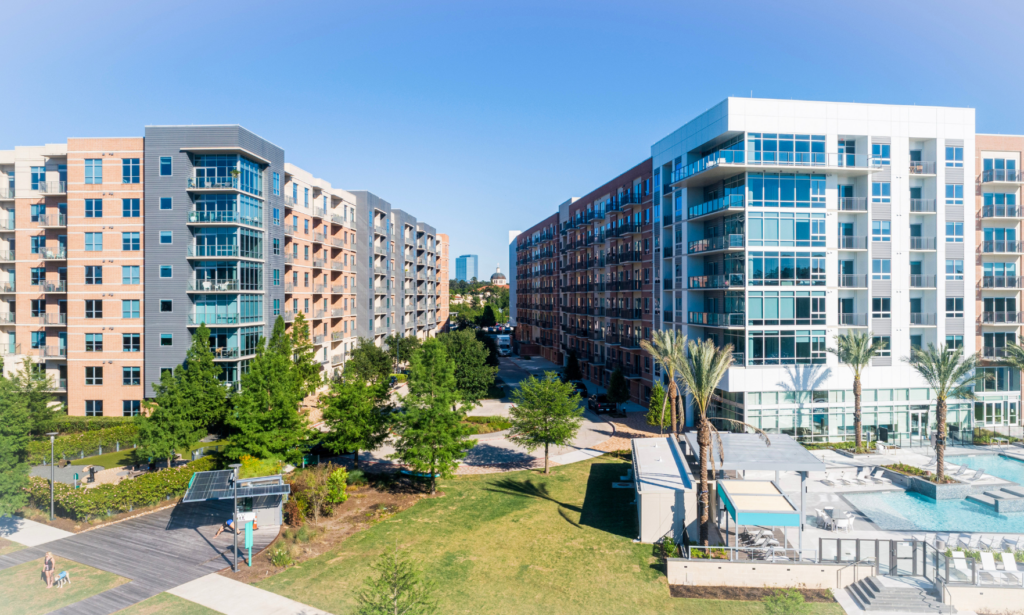 Given the volatile and competitive nature of the housing market for buyers, apartment living is on an upward trend in the United States, with over 417,000 new units entering the market in 2021 alone.

With more tenants signing longer-term contracts than ever before, their expectations for amenities have also risen – and developers have raced to deliver them.

A recent StorageCafe Housing Trends Report found that mid-sized cities in Arizona and Texas lead the United States for prime apartment living. Of the nation’s 100 largest cities, four in Texas, including Houston, made the list of the top 20 cities for high-end apartment living.

Plano ranks first among cities in Texas and third nationally, with 98.5% of its new apartments offering a top-notch quality of life. Irving ranks sixth for luxury apartments, with 97% of apartments built since 2012 featuring top-notch amenities, followed by Dallas at 7th, with 96% of its apartments featuring premium features.

Houston earned the 13th position on the list, with 94% of apartments built in the past decade featuring luxury amenities and being about 137 square feet larger than non-luxury units.

Additionally, the report shows that more new apartments (77,000) were built in Houston between 2012 and 2021 than in any other US city.

According to StorageCafe, 86% of new apartments delivered over the past decade are classified as luxury housing. Resort-style swimming pools, tennis courts, practice greens, pet spas with dog pools and wash stations, business lounges and electric vehicle charging stations are now the new normal in many new apartment communities across the country.

“I think we will see a greater focus on indoor air quality and broadband/5G networks becoming a selling feature in the near future,” said Robert M. Aydukovic, education specialist at the Michigan State University. “Buildings with larger units that provide more space to spread out, more of a home office, and don’t make us feel so confined if we have to go into lockdown periods, will be in more demand for some time. time. Buildings close to outdoor spaces for distancing and recreation will perform better. »