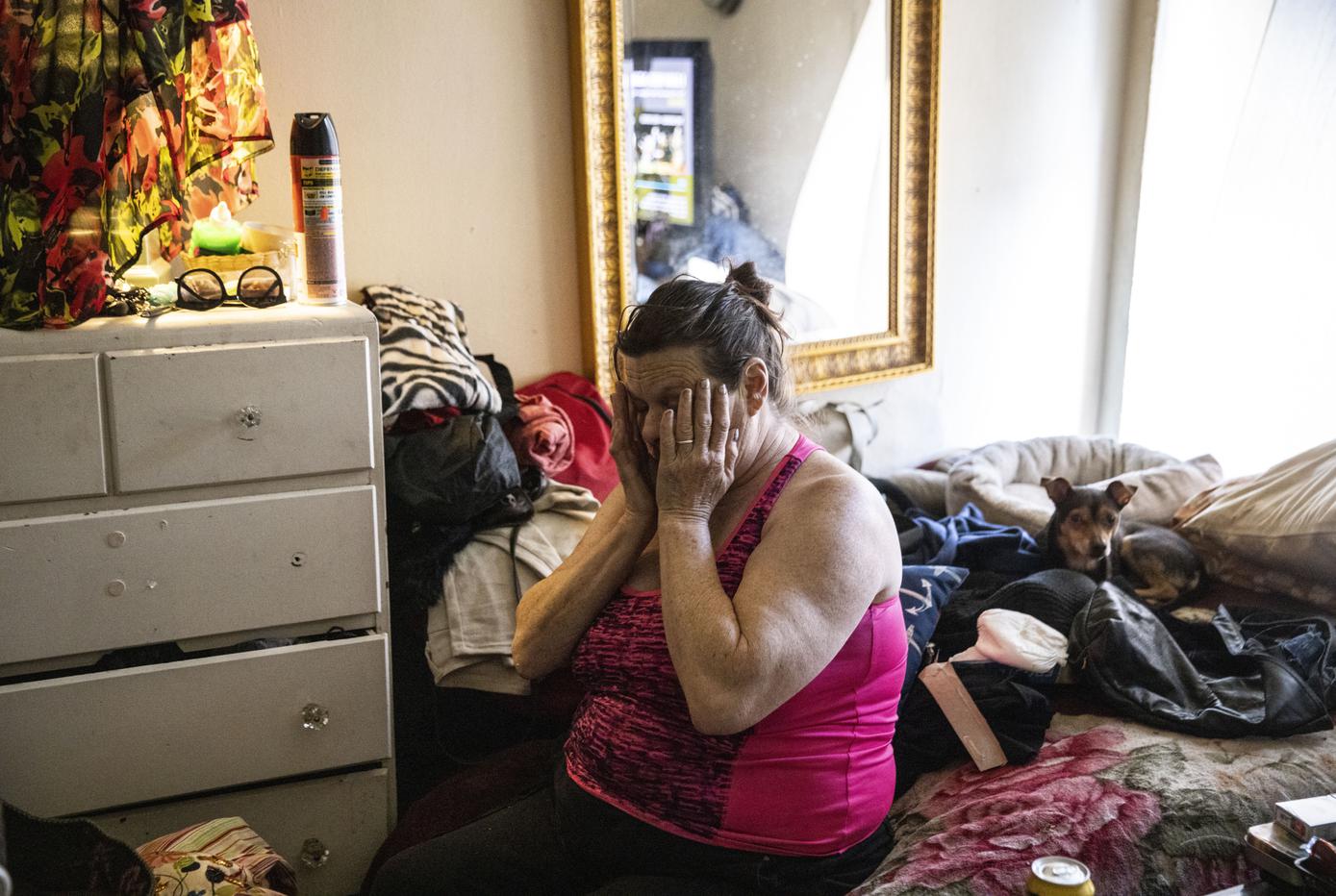 SF is evicting its most vulnerable tenants closer to pre-pandemic levels. But official figures do not show the extent of the crisis

Evictions from San Francisco housing units for formerly homeless people have risen sharply over the past year, a sign that the city’s most vulnerable residents – who usually have nowhere to go but are returning to the street – are increasingly at risk of losing their homes as the city emerges from the pandemic.

At least 114 people were officially evicted from single-room hotels, or SROs, in the financial year that ended June 30, a significant increase from the previous year, when 40 people were evicted from city-funded and often overlooked buildings. , according to a Chronicle analysis of data recently released by the Department of Homelessness and Supportive Housing. The percentage of households displaced from these hotels increased from 0.7% to 1.8%.

A small number of ORS accounted for a significant share of evictions last year: The Chronicle found that more than half of all evictions took place in nine serviced apartments, which housed 16% of all housing residents with ORS support services.

Emily Cohen, spokeswoman for the Department of Homelessness and Supportive Housing, or HSH, said the agency expects such an increase in evictions this year, given that pandemic-related restrictions on the eviction of tenants have eased. She said MSM is “proud” of the relatively low eviction rate and that it proves that permanent supportive housing is “one of the strongest and most effective solutions we have to end homelessness for people with really complex needs.

But a Chronicle investigation published last month found that under Mayor London Breed’s administration, these official statistics represent only part of the displacement within the $160 million permanent supportive housing system from San Francisco. Journalists have discovered that countless tenants are being forced out of their SROs through informal channels or by means that MSM does not follow.

Nonprofits that contract with MSM to run ORS typically evict residents for the same issues that qualified them for supportive housing programs in the first place: poverty, mental illness, trauma, or inability to care for their lives. ‘themselves. With limited options, according to The Chronicle, many people are once again finding themselves homeless.

“Unfortunately, there are sometimes individuals who need to be evicted from buildings for the safety and well-being of all residents,” Breed spokesman Jeff Cretan said in a statement Tuesday. “Housing is critical to helping people transition out of homelessness, and our department staff and nonprofit providers will continue to work with individuals to keep them in stable housing.”

Prior to 2020, nearly half of residents who were officially evicted from supportive housing ORS were evicted for owing money, according to HSH records. Due to new laws and financial relief programs that have almost entirely prevented evictions for non-payment of rent, the number of official evictions in city-funded ORS is still lower than before the pandemic, when the rates fluctuated between 2.2% and 2.6%.

Still, the rise in evictions over the past year appears to confirm the fear of some lawyers, tenants’ rights groups and activists that cases will start to rise once pandemic-era restrictions are lifted.

“There’s no denying it’s a small percentage and I’m glad to see it,” said Sara Shortt, director of policy and community organizing at supportive housing association HomeRise, which has relatively low eviction rates. “But at the end of the day, if you think about … extremely low-income tenants being evicted in San Francisco’s homeless crisis, it’s very significant because we’ve seen how difficult it is to house every single person. who is in the streets.”

While many residents in hundreds of eviction cases reviewed by reporters did not appear to pose a security threat, a significant number involved violent or destructive behavior that posed a serious risk to other tenants and employees.

Journalists, however, found that HSH failed to provide adequate support services at many of its hotels that could help tenants resolve issues before facing eviction. Additionally, the city agency declined to create guidelines to limit evictions or specify what constitutes an ORS eviction offense.

Without clear direction, evictions vary widely from address to address. A Chronicle review of new city data found that of the 75 residential hotels that provided information to HSH, about 45% reported no evictions last year – although some properties only housed one. handful of MSM clients. Meanwhile, a small group of buildings accounted for an inordinate proportion of the displacement.

The Tenderloin Housing Clinic did not respond to requests for comment on Tuesday. Sam Moss, executive director of Mission Housing Development Corp., said stabilizing some residents is “extremely difficult” and eviction is the “last course of action”, sometimes after years of working with the tenant.

In an interview last month, HSH acknowledged the need for more consistent practices. After months of inquiries from The Chronicle, Cohen said the agency was working on standardized eviction policies for all supportive housing providers. HSH officials said they were unable to share the guidelines on Tuesday because they were not yet finalized.

The municipal agency counts an eviction when a judge has ruled in favor of the landlord in court or the sheriff’s department has been ordered to evict a resident.

However, the Chronicle found that these official figures do not represent the full extent of the number of supportive housing residents who lose their homes each year. For example, some residents sign agreements with property managers, promising to leave by a certain date in order to keep the eviction off the books and preserve their housing record.

Rita and Wesley Magnenat, who received an eviction notice after Wesley got into a physical fight with a neighbor, signed such an agreement to vacate the Crosby Hotel by August 31. In the weeks leading up to their moving date, the couple said their case manager offered no support in finding new housing. They will not be counted under the city’s current method of tracking evictions.

On their last day in the Crosby, the Magnenats rummaged through their belongings in their cramped, crowded room. They packed their belongings in plastic bags and crates, a task made more difficult by Rita’s disability and the use of an electric wheelchair. Their plan was to travel to Ocean Beach with their little dog, Meme, and pitch a tent somewhere on the sand.

“It’s better than the sidewalk, that’s for sure,” Wesley said.