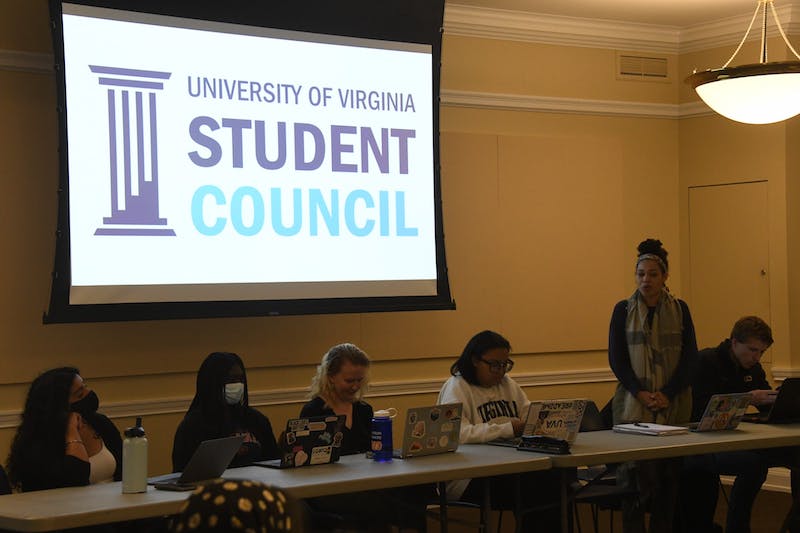 Student Council President and fourth-year student Ceci Cain led her administration’s first general meeting on Tuesday. After introducing the board members, the representative body heard and approved the leadership appointments for the coming year.

After brief introductions from the new executive council, the student council moved on to a legislative session led by third-year student Gaby Hernandez. In a closed meeting on Monday, members of the representative body voted to re-elect Hernandez as president, meaning she will serve on the student council’s executive council for the following year.

Hernandez expressed excitement about working with Cain for another year.

“I’ve worked with Ceci for the last year and a lot of her goals in terms of helping marginalized communities where they haven’t been supported in the past – especially by the Student Council, a predominantly white organization,” Hernandez said. “We’re now…making room for marginalized students, and so I think my personal values ​​really align with the administration’s values.”

Cain’s first candidate was Holly Sims, a third-year student at Batten, for the position of chief of staff. The Chief of Staff helps create and advocate for policy. Sims was nominated with 11 votes in favour, no votes against and one abstention.

Tichara Robertson, a sophomore at the College, was then named head of support and access services, with 11 votes in favor, no votes against and one abstention. Robertson will lead the Support and Access Services branch through its second year of operation, providing students with material items, transportation to and from airports, food pantry, medical services, and support for a fundraiser.

Cain said she was pleased with the nominees and the diversity of representation on the leadership team.

“I’m incredibly impressed,” Cain said. “These people are incredibly smart and talented. One of my biggest things is being able to represent diverse communities across the student body, and I think with this leadership team…is truly embedded in the communities that need these resources and will be the best points of access and understand how best to guide them. in the future.”

Riley Reynolds, vice president for organizations and a third-year student at the College, then presented her candidates for the organizations branch, which oversees procedural, bureaucratic and administrative support for CIOs in the field. Reynolds’ three candidates were nominated with 10 votes in favour, no votes against and two abstentions.

Jaden Evans, vice president for administration and a third-year student at the College, then presented his nominations for the administration branch, which oversees the internal operations of the Student Council. Evans’ seven candidates were nominated with 11 votes in favor, no votes against and one abstention.

After all nominations were completed, the legislature debated the merits of creating a new position on the board called Director of Funding Reform and Support. Before opening the floor to questions, Cain explained the need for the position, citing a 27-page brief created by the student council’s data science committee outlining the organization’s systemic shortcomings in funding multicultural CIOs.

Cain considers that the Student Council has committed systemic inequities in the funding of multicultural organizations and, with the support of the previously mentioned brief, has reduced these problems to a pipeline problem and a difficulty in navigating the funding process. This person would fill a position specifically created to focus on student council funding practices in hopes of preventing further funding inequities.

“[Student Council] is an incredibly large and bureaucratic organization and as our VP for Organizations sort of handles everything else related to CIOs, we will need someone specifically focused on change management and the funding issue,” said said Cain. “It’s become such a problem that I think he needs specialist support, so that’s what we’re going to give him next year.”

The student council holds weekly meetings on Tuesdays at 6:30 p.m. in the south meeting room of Newcomb Hall.

No new Stamford restaurant inspections have gone live for a year. Here’s why.