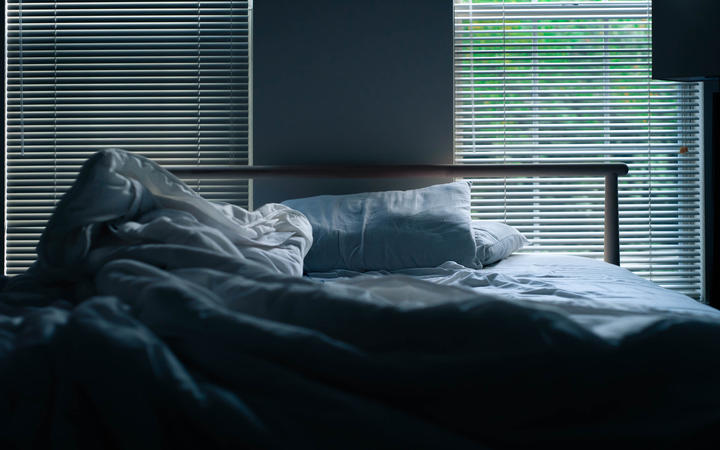 Disclaimer: This story is about suicide and mental health

A Victoria University of Wellington student says his mental health deteriorated after he was temporarily kicked out of residence because he felt suicidal.

alexander*who uses the pronouns they/them, had been going through a particularly stressful time and felt depressed, and at times suicidal, in September.

They lived in the village of Te Puni, which until this year was owned by the University of Victoria and run by Campus Living Village – the same company that runs the hall at the University of Canterbury where student Mason Pendrous is died in 2019.

One of Alex’s friends had become concerned and told a member of staff how he felt.

Alex said one evening they were pressured by staff members to go immediately to their emergency contact, a cousin in Wellington.

Alex left the room that night, not knowing that they wouldn’t be allowed back for two weeks. And it wasn’t until the next morning that Alex and their cousin were told.

“They said [my cousin] that there had been ‘a series of things that led up to this,'” Alex said.

Hall’s staff were already aware of Alex’s mental health issues, as were their doctor and counselor, who had an office on site.

“There had been a few situations where I had asked the room for help, as well as my adviser. But at no time did I know that getting kicked out was something that was on the table, that it was something the hall could do.”

But the management of the room can, contractually, withdraw a student if they consider that they are at risk.

The intention of the policy is to send the student to a place where he can receive more support, such as his family.

The same clause states that written notice will be given to the student about the situation, which Alex says did not happen.

Alex had only packed a change of clothes, so he told the room they would be back for more.

When they arrived, their magnetic card had been disconnected. The staff eventually let Alex in, but were reluctant to let Alex into their room.

“He was like, ‘Okay, but I’m coming with you’ and I thought, absolutely not, it’s so uncomfortable. I’m packing clothes, underwear and personal stuff. I don’t don’t really want anyone watching me do this.”

As a compromise, a female member of staff accompanied Alex to their room to pack.

While Alex was recovering, someone from ward management contacted Alex’s estranged mother to let her know what had happened.

Alex had cut contact with their mother earlier in the year and removed her from their emergency contact, replacing her with Alex’s cousin.

Alex said it was a complete violation of privacy.

“I felt betrayed, I had come to this room to get away from my mother and now they were trying to force me in this direction.”

Nine days after their first night away, Alex was cleared by the Capital & Coast DHB Community Mental Health Team to return to their ward.

During this time, Alex was not billed for room charges.

The whole ordeal took a toll on the mental health of Alex, who said he felt like he was “walking on eggshells” after returning to Te Puni village.

Alex’s studies were already in decline before he was removed from the hall, but they said the ordeal made studying much more difficult.

Alex filed a formal complaint with the university.

The university has since addressed this, but told RNZ it would not comment publicly.

In a previous statement, before the investigation was completed, the university said details of Alex’s experience were “inconsistent” with its processes.

Rainsforth Dix, director of students and campus life at Victoria University, said the university has confidence in its processes, which “prioritize well-being and are guided by healthcare professionals”. .

“It’s like, ‘If they’re going to die, don’t let them die in the hallways because we’ll be responsible for that. Let them die in someone’s living room”. It’s just risk avoidance, it’s not risk mitigation.”

Dame Bagshaw said one of the most important things students living in the halls need is a sense of belonging, and being removed from the hall wouldn’t have helped at all.

“The important duty [residential halls] having is not just to provide a roof over your head, but it is really to provide another home. Because if you don’t feel safe, you can’t really study.”

“When students are put in a place where they don’t feel comfortable, it completely contradicts this idea that a dorm is supposed to be a place they can call home,” he said. .

Alex’s mental health has improved since the end of last year and they have left Wellington for the summer holidays.

When asked how it felt to be away from the venue for good, Alex said “it’s like I can breathe again”.

* The name has been changed.

Where to get help:

Need to talk? Call for free or text 1737 anytime to speak to a qualified adviser, for any reason.

If it is an emergency and you think you or someone else is in danger, call 111.