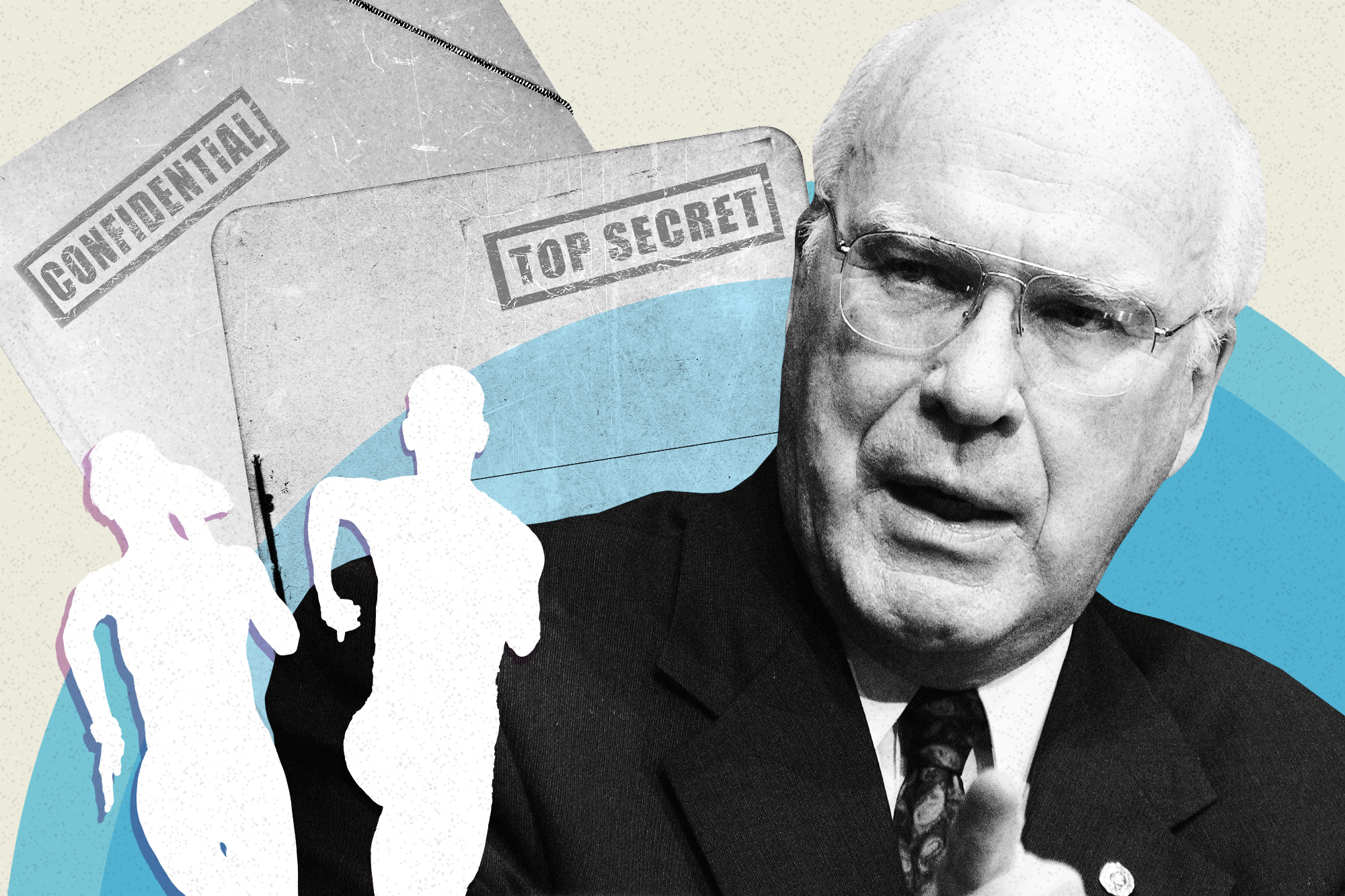 “The weirdest conversation I’ve had in Washington”

My conclusion was caution: I simply did not see evidence of an imminent threat or another mad rush for weapons of mass destruction. I saw the status quo as it had been for a long time. “Looks like the Middle East,I said to the intelligence officer seated at the desk.

The following Sunday, [my wife] Marcelle and I went for our usual morning walk around the neighborhood. It was a hot September day and we were walking hand in hand.

Two fit joggers trailed behind us. They stopped and asked me what I thought of the intelligence briefings I had received. Marcelle realized this was a conversation she wouldn’t normally be involved in and kept moving forward.

I went through a required disclaimer that if I was at briefings and they were classified I couldn’t acknowledge that they even happened and couldn’t talk about them if they did. had done. They told me they understood that, but asked if the informants had shown me file eight.

It was obvious from my expression that I hadn’t seen such a file. They suggested I do it and that I might find it interesting. Shortly after, I arranged to see File Eight, and it contradicted much of what I had heard from the Bush administration.

A few days later, Marcelle and I were walking again when the two joggers reappeared. After the opening greetings they told me they understood I had seen File Eight and asked me what I thought?

It was the strangest conversation I had in Washington. I felt like a senatorial version of Bob Woodward meeting Deep Throat – only in broad daylight.

I went through the usual disclaimers that I couldn’t speak to any file and if such a file was available etc. They said of course they understood, but they wondered if I had also been shown folder twelve, using a code word.

Again, I think the look on my face gave them the answer. They apologized for interrupting our walk and ran off. The next day I was back in the Capitol’s secure room to read file twelve, and it again contradicted the statements that the administration, and in particular Vice President Cheney, seemed to be relying on, and I told my staff and others that for several reasons I absolutely intended to vote against the war in Iraq.

I had been there too long to do anything differently. It’s hard to think of a vote taken by the Senate being more important than voting to go to war or not. While we never had a declaration of war in Vietnam, the lies and misleading information regarding the Gulf of Tonkin episode prompted a vote in the Senate that guaranteed the continuation of the war. Only one senator voted no. Had the Senate asked more questions – had they probed the facts – who knows how the story might have been different? Instead, this war dragged on for years and thousands of deaths later, until it was officially ended by a one-vote margin at the US Senate Armed Services Committee in 1975.

I was not the only one to question the information on Iraq. A conservative Florida Democrat, Bob Graham, was the vice chairman of the Senate Intelligence Committee and urged everyone to read the intelligence, which he could not discuss in court or at public meetings. His warnings and those of Sen. Carl Levin, the top Democrat on the Armed Services Committee, contrasted with administration cheerleaders urging senators to meet with a man named Ahmed Chalabi, the source of many stories that the New York Times and others had printed claiming that Saddam Hussein possessed weapons of mass destruction. I refused to meet him, as I knew his reputation for lying was high and the press that supported him was fooled. The intelligence community called it “Curveball” for a reason.

That Sunday after church, Marcelle and I were driving through McLean, passing Hickory Hill, the former estate of Robert Kennedy, as black cars with multiple antennas and darkened windows passed us. This was not unusual due to various administration officials who lived in this area. As we pulled into Georgetown Pike, right by the Quaker Church, one of the vehicles stopped. A member of the presidential inner circle leaned out the back window, greeting Marcelle and me, and asked if he could speak to me. We were about half a mile from home, and she kept walking. I got in the car with him as the security guards got out of the car. We sat there and talked, and he said, “I understand you’ve seen File Eight and Twelve. I said yes, and of course I knew he had seen them. He said: “I also understand that you are going to vote against the war.

I said, “I am, because we all know there are no weapons of mass destruction and the reasons for going to war just aren’t there.”

He asked me if he could talk me out of it, I said no and we ended the conversation. I started to get out of the car and he said they would take me home.

“We know where you live.”